The whole prefecture of Rethymno can be compared to a “living” painting, portraying Byzantine monasteries and churches and depicting the architectural preferences of earlier times with rare frescoes as well as inestimable icons. You are invited to travel to areas, which are perhaps still unknown to the majority, and which are sometimes remote, but always magical and magnificent throughout the seasons. We recommend our visitors to see our picturesque villages through the eyes of the soul, try the Cretan cuisine, our wine and “tsikoudia”, participate in our revelries and festivities, dance the “pentozali”, but most importantly to get to know our soul, our hospitality, the interior of the prefecture, the other Rethymno. 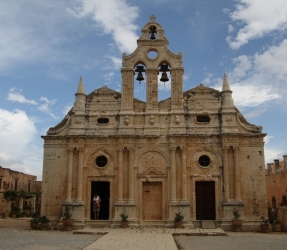 The Monastery of Arkadi is situated at a high of almost 500m on the north-west foothills of Mount Psiloritis, approximately 23 km from Rethymno. Scientists support the opinion that both the monastery’s foundation and its name are owed to a monk called Arkadios. According to the inscription, which has been preserved on the frontal support of the belfry, the two-aisled Church of Aghios Konstantinos and the Transfiguration of the Saviour, which is situated in the center of the monastery, were built in 1587, that is during the period of the Venetian occupation on Crete. This explains the plethora of architectural elements of the Renaissance, which the visitor will notice at first sight such as the Gothic arches and obelisks, the anthemic of the Renaissance, corinthian moldings of the late Renaissance as well as baroque volutes. Other inscriptions give evidence that an earlier church than the present one had existed dating back to the 14th century. The Monastery of Arkadi became the symbol of self-sacrifice and freedom beyond any doubt during the revolution of 1866-1869, particularly since the besieged inhabitants sacrificed themselves and preferred to die rather than to surrender to the Ottomans. Today the breathtaking buildings of the Monastery belong in UNESCO’s World Heritage list, as the European Freedom Monument. The sacred banner of the revolution, as well as the other relics such as monastery utensils, vestments embroidered with gold and weapons, are on exhibition in the Monastery museum. 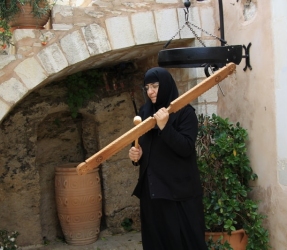 Agia Irini is located at an altitude of 260 meters at the foot of Mount Vrisina, about 5 km south of Rethymno, and dates back to 1362. In 1995, the monastery was awarded the Europa Nostra European Award for the preservation and restoration of architectural monuments. Today it is a women's monastery of ten nuns who are occupied with hagiography, weaving and embroidery. The monastery reminds a fortress, as it is surrounded by a wall. In the monastery there is also an ecclesiastical museum and an old olive mill, while the visitor can also see their workshops.
Tel: +30 28310 27791

The Monastery of Preveli is situated 37km from Rethymno on the western slopes of Kourtaliotis Gorge, which endw in palm tree forest. It includes two monasteries, which are 2km apart: The “Lower Monastery”, which is deserted and the “Back Monastery”, which is still working and can be visited. The church was built during recent years on the remains of an older Byzantine church. The fountain with the inscription of the foundation year of 1701 is situated on a lower level, as is the museums of the Monastery, which displays vestments, church utensils, icons etc. During the Ottoman domination the Monastery played a significant social and charitable role. A school had even been operating inside the monastery, and during the Cretan revolution in 1866 a large number of partisans were given shelter. In 1867 the monastery was completely destroyed by the Ottomans, and in 1897 it was rebuilt.

Web site: www.preveli.org
e-mail: This email address is being protected from spambots. You need JavaScript enabled to view it.
Tel: +30 28320 31246

It is situated on a hill and offers panoramic view of the bay and coastal village of Bali, which is situated 37km from Rethymno. It is also called the Monastery of Atalis, a name, which the Venetians had given to the coastal village thus modifying the name of the ancient city of Astalis. Inscriptions testify that the monastery was built during the 17th century. The church is dedicated to Aghios Ioannis. Its facade shows distinct elements of the architecture of the Renaissance. The monastery played an important role during the revolution of 1821. later it was deserted, and only as late as 1982 was new life breathed into it when it was restored.

Other options with many walking paths leading to old churches, monasteries but also to vibrant villages that offer many surprises are Chromonastiri, Roussospiti, Eleutherna, Thronos, Meronas, Asomati, Argyroupoli, Episkopi etc. to name only a few. 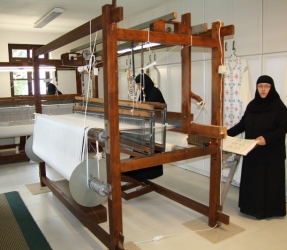 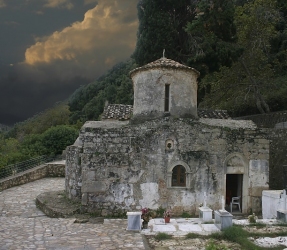 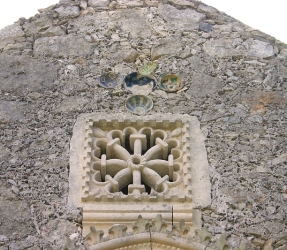 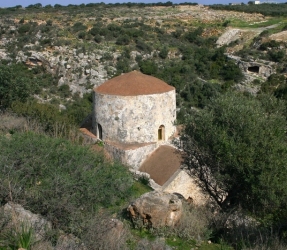