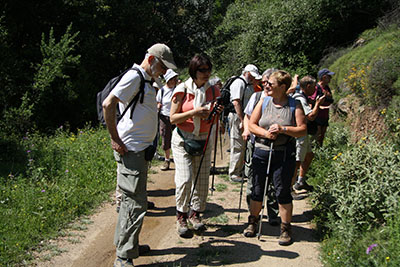 Kollita Gorges are named so, as they consist of two parallel canyons that end near the village of Kato Poros. The first on the east is called Moudriano Gorge, while the west gorge is Kato Poros Gorge, mostly known as the main Kollita Gorge or Vilandredo. 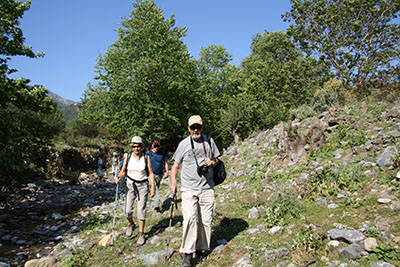 This gorges are ideal for non-expert walkers and groups, who can park their car in Argiroupoli, walk in Kollita Gorge and then walk back through the Moundriano Gorge. Both of them are part of the E4 European trail and can be traversed in 3 hours approximately. The entrance lies near the village of Kato Poros, with an exit at Vilandredo. At the narrowest point of the gorge there is a beautiful cave with an impressive stalactite in the form of wild goat, which although it looks carved by a sculptor, however it is a pure creation of nature. 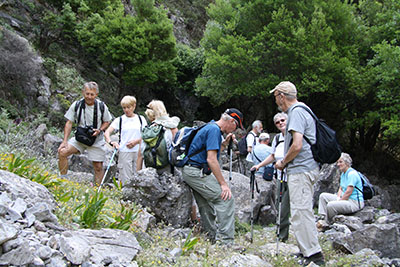 The path through the gorge is nearly always in the shade, and reach in wild flowers and rock overhangs. After the village Vilandredo and going towards the village Velonado is the entrance to the Moundriano gorge.

The ancient stone path passes through the gorge and leads at its exit.