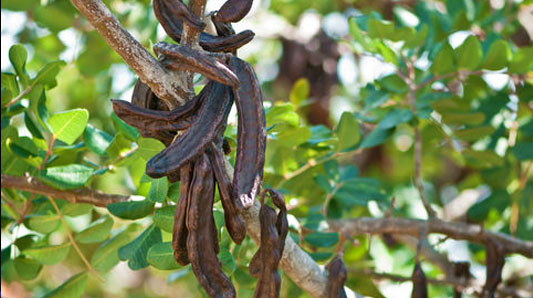 The majority of the inhabitants of Crete greatly appreciate the existence of a long-lived tree that is native to the island and is called Haroupia (Ceratonia Siliqua). Since the German occupation, the cultivation of carob was widespread, when thousands of families managed to survive thanks to the harvesting and consumption of carob.

However, its exploitation by producers for the creation of carob products has only emerged in recent decades, mainly due to the beneficial properties of carob fruits (high quality, chemically free, as it is about a tree that is not spritzed/ fertilized). 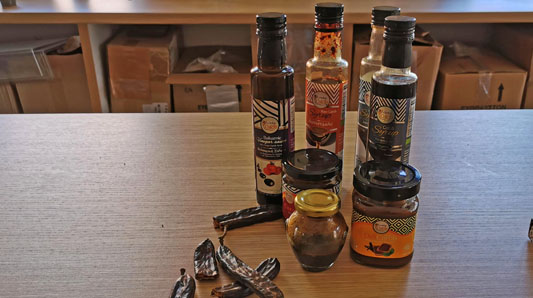 In an effort to protect, promote and exploit Haroupia, a non-profit organization "Community of Cultivation, Natural and Cultural Exploitation of Haroupia in Crete" was recently established with the distinctive title "The carob of Crete". It consists of research scientists from higher university institutions, such as the University of Crete, as well as growers of Haroupia from all over Crete. The head office of this institution is located in Haroupomylos of Panormos, a small, seaside settlement, 20 km east of Rethymno. The "Agri-food tradition of carob in Crete" was entered in the national index of Unesco's intangible cultural heritage. 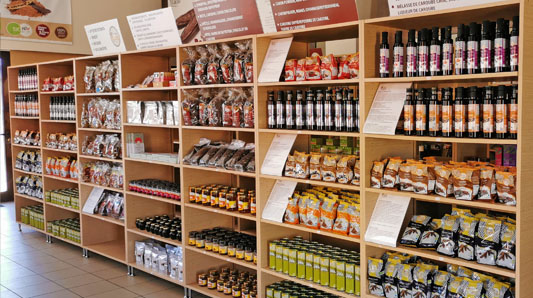 The exceptional climate of Crete favors the flowering of carob significantly. At the end of August, ripe bean-like fruits fall. These were once the main edible commodity in times of plague and war ("food of the poor"). Their taste is pleasant and sweet. It is no coincidence that carob is used as a substitute for chocolate and cocoa in pastry and bakery, as it excels at chocolate in nutrients (no allergens and caffeine).

In many bakery shops or supermarkets of our prefecture, one can find many of the carob products prepared with care, know-how, and passion by experienced craftsmen. It is a fact that the residents and visitors of the city, as well as the surrounding areas of Rethymno, have at their disposal an amazing range of products that extends from carob oil to flours (carob powder). Sweets, beverages (coffee), tea substitutes, as well as carob petimesi (prepared by boiling the carobs) are the main products of this so popular fruit. From the ingredients mentioned above, cookies, cakes, puddings, milkshakes, smoothies, and other tasteful dishes and beverages are also prepared.

In addition to the special tasty experience offered to the consumer by the fruit of carob and its products, it is important to know its health benefits:

-  It helps to lower cholesterol and reduces the risk of cardiovascular disease.

-  It is rich in trace elements and vitamins (A, B, B2, B3, D), while it is high in calcium, phosphorus, potassium, magnesium.

-  It helps to prevent cancer.

-  It relieves diarrhea in infants and adults.

-  It softens cough and cold.

The above are just some of the beneficial properties of carob.

- Yogurt with carob and oats: In sheep's yogurt you put 2 tablespoons of oat flakes, 1 tablespoon of goji berries or blueberries, 1 ripe banana cut into rounds, and a little carob honey. Stir all the ingredients and you have a quick and full meal.

- Carob pancakes: Beat 1 egg with 50 g. yogurt and 50 g milk. Add 70 g. oat flour, 40 g carob flour, cinnamon and cloves, nutmeg and whisk them together. We put the mixture in spoonfuls to a heated pan. We serve the pancakes with strawberries or banana pieces and carob honey.