Doors to the past

Doors to past reveal a jewel 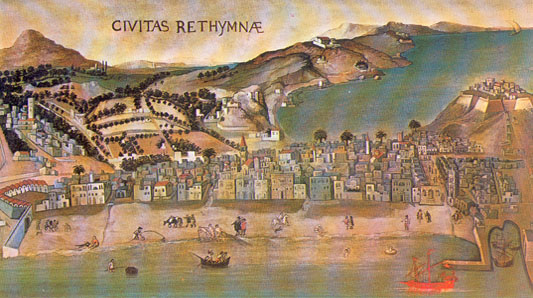 The picturesque old town of Rethymno with its beautiful narrow alleys, all kinds of stylish shops and its monuments, is considered a jewel. Walking around the city you can trace the steps of influence from Turkish, Arabic and Venetian domination giving Rethymno its unique cultural identity. 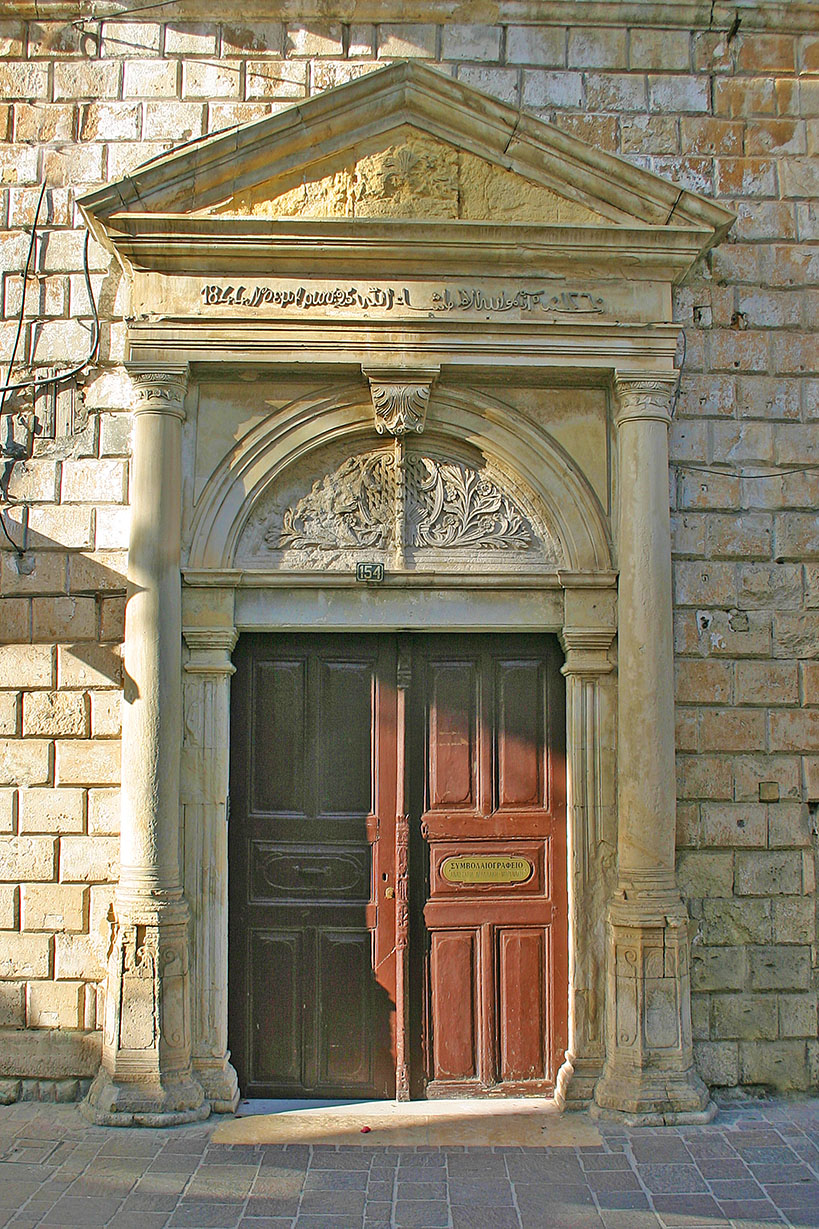 One of the many things that one can admire in Rethymno is the Venetian doors, that is, the frames, which are usually made of marble, stone or wood, around the outline of a door. Rethymno is the city with the highest number of Renaissance doors in Greece. 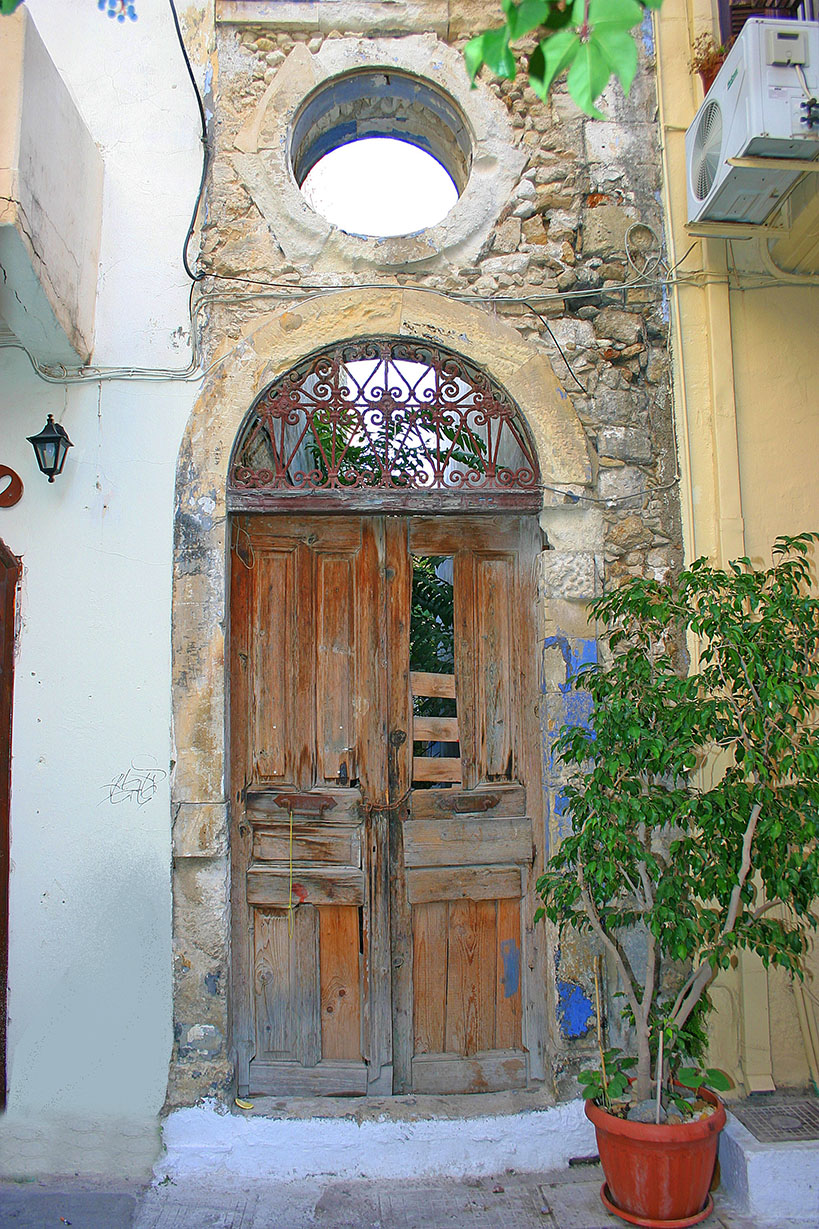 There are Corinthian, Ion, Doric and composite orders. A simple tour of the labyrinthine straits becomes a dive  back in time, in the footsteps of the Venetian and Turkish conquerors, in the daily lives of ordinary people.
This time travel can start from the Guora Gate or Big Door. It was the main entrance of the Wall that once existed, which enclosed and sheltered the city of Rethymno, and was built during the Venetian period. It is an imposing gate, from which, only a part of its interior is preserved today. 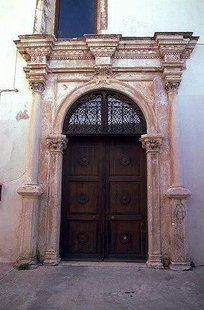 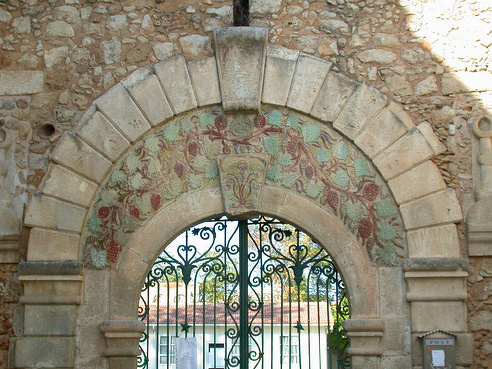 Passing the Great Door and descending Ethn. Antistaseos Street we can found (in the strait of St. Francis 4) the Archaeological Museum of Rethymno which is housed in the Basilica of St. Francis. At the entrance of Basilica, one can admire the amazing beauty and a richly decorated gate with complex style capitals.(the crowning members of columns).  Next to it, there is the Turkish School, in which the 1st Primary School of Rethymno is housed today. At the eastern entrance of the building, the door is of the Venetian period. The Turks added internally a smaller one depicting two half-destroyed lions, as well as a mosque with crescent -moons (alem). These are national symbols of the Ottoman Empire. 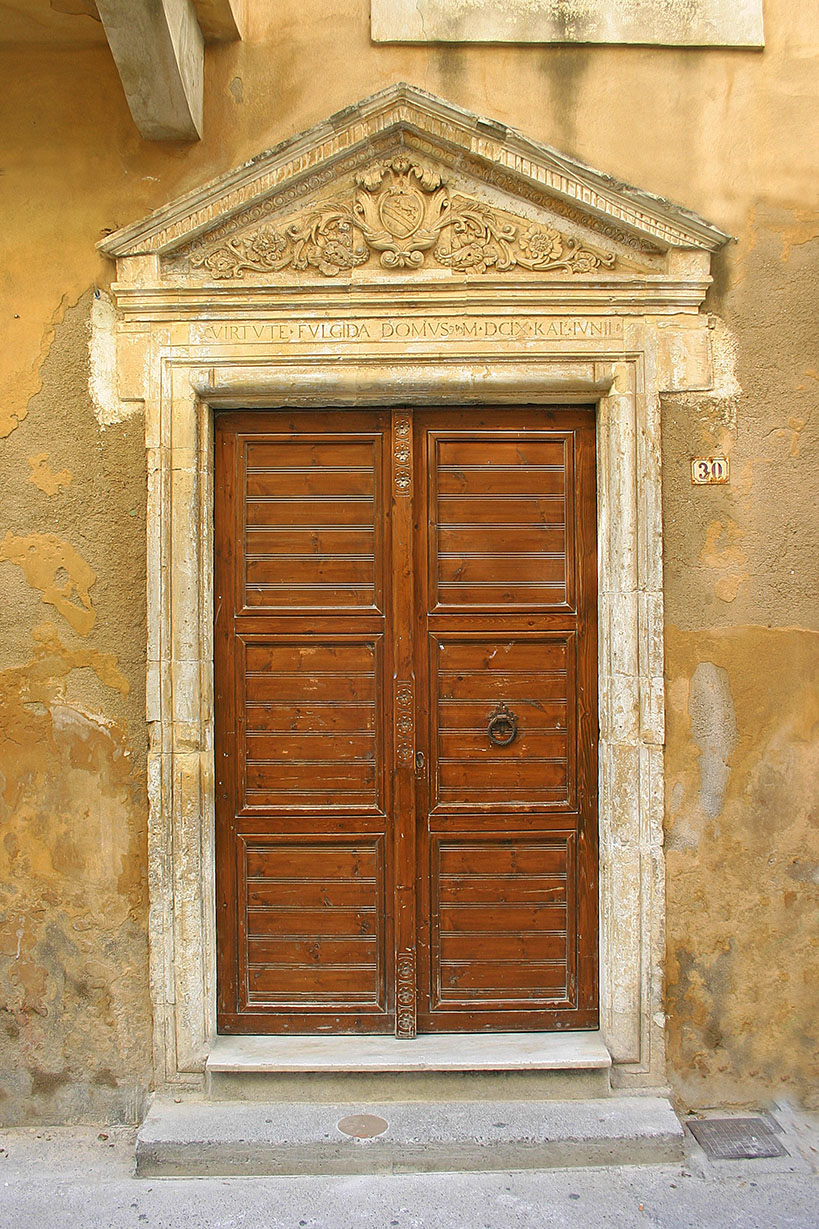 Continuing the tour and proceeding to the Ethn. Antistaseos Street, we turn left on Bernardou Street. There, at its junction with Epimenidou Street, awaits us one of the most beautiful buildings of Rethymno, with the coat of arms of the Venetian Clodio family at its doors. The entire building complex, which according to the inscription it bears, it was built in 1609, is considered the most impressive mansion of the Venetian occupation in the old town of Rethymno. In the window you will read the Latin inscription VIRTUE FULCIDA DOMUS MDCIX KAL / With virtue shines the house, first days of June 1609.  We keep walking through the history of the Venetian Rethymno in the beautiful and
colorful alleys, filled with all kinds of flowers, as we go up to the castle of Fortezza. 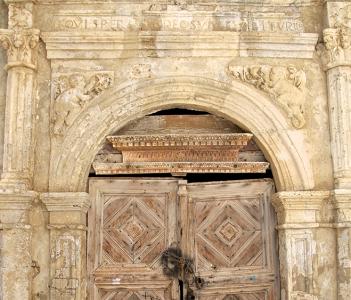 Passing through Klidi  Street, at number 13, we are ahead of the most representative example of Venetian private housing in the city. The building has one of the most beautiful entrances. The door is decorated with naked children hunting birds and has Corinthian-Gothic colonnade. It also bears the Latin inscription / QUI SPERAT IN DEO SUBLEVABITUR /  Anyone who hopes for God will be relieved.

On the east side of the old town on Arkadiou Street, near the coast, we find 2 more ornate Venetian doors.
At number 48, the impressive arched gate is flanked by Corinthian columns. There are embossed winged loves and carved lions, symbols of the Venetians.
At number 154, the majestic gate bears a double inscription, Ottoman and Greek, which mentions Glory to have God (Allah) and save the taker.
The historic center of Rethymno is multicultural, bustling, colourful, well preserved, and it is steeped in history and tradition.

Stroll along the narrow streets of Rethymo and discover our roots as you enjoy historical re-enactments.