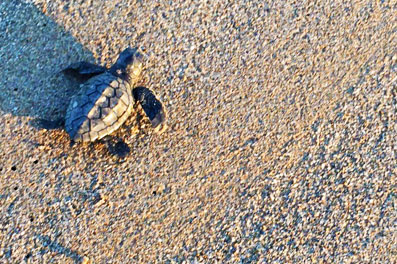 From May to August each year, female loggerheads lay their eggs on the fine sandy beaches of Rethymno, the third most important reproduction habitat of sea turtles in all of Greece.

This owes to the cleanest sea waters in the area. Hatching then takes place approximately from August to September.

A female Caretta Caretta may travel thousands of miles to lay her eggs on the same beach where she was a hatchling herself! 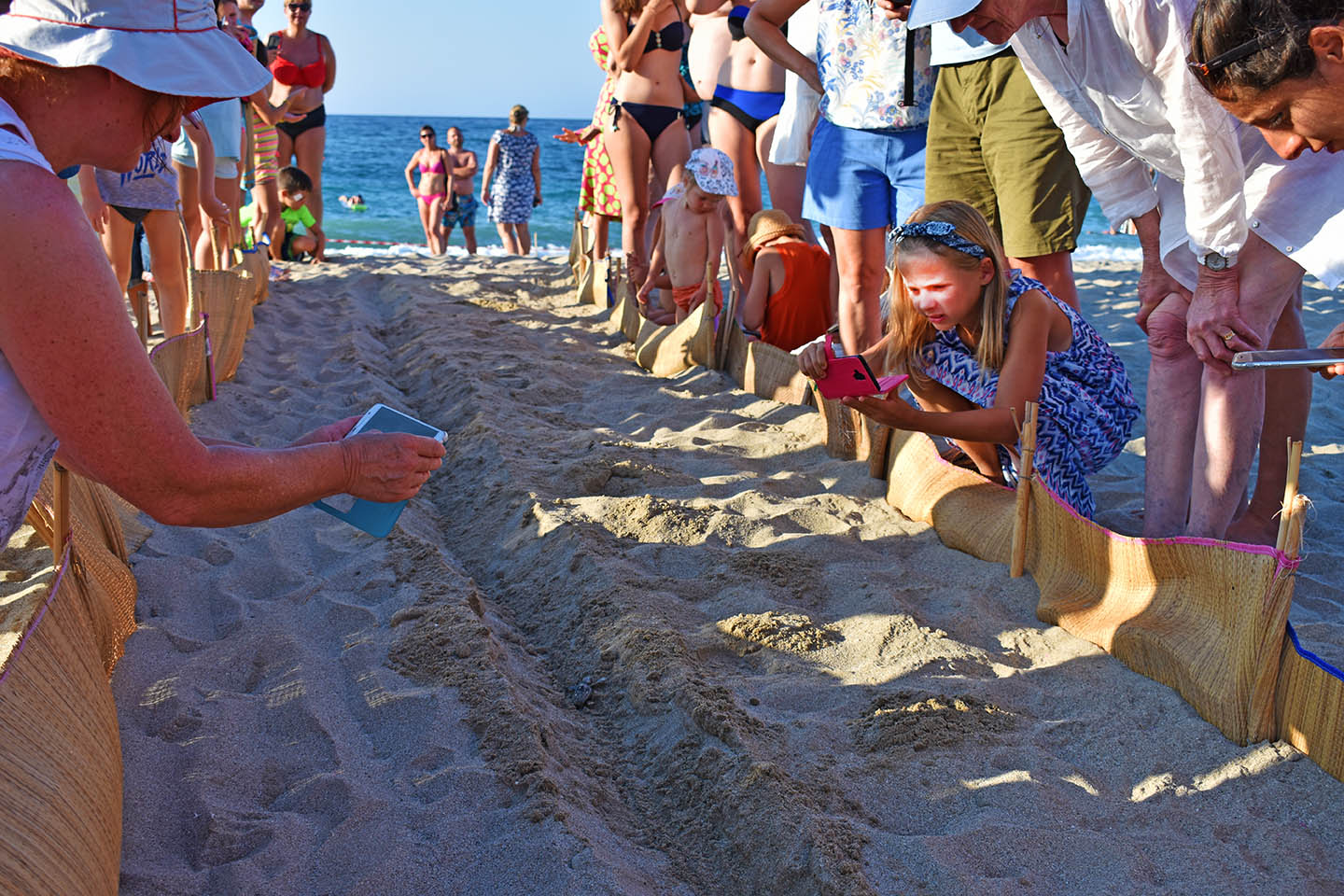 Every summer, sea turtles come to Rethymno’s trusted beaches to lay their eggs for reproduction. ARCHELON’s volunteers found the first tracks of hatchlings successfully entering the sea, on Adelianos Kampos beach last Saturday. The Sea Turtle Caretta Caretta species has been on earth for about 110 million years. They come out of the ocean onto the shore each spring and summer, where they dig in and lay from 120 to 150 eggs. In a couple of months under the cover of the night, the hatchlings dig and claw their way to the surface and toward the surf. It's very rare to see a baby sea turtle but in case you do, contact one of the trained  ARCHELON  volunteers. As a Sea Turtle Protection Program volunteer, ARCHELON volunteers from almost everywhere in the world work together, with the municipality of Rethymno, in order to inform beach visitors what to do in case they encounter hatchlings on the beach during the day.

 Water should not be poured over them!

 or should they be transported or assisted to the sea, as it is crucial that hatchling walk their way to the sea by themselves

Despite seeing all the hatchlings off to the water's edge only one in a thousand will likely survive to adulthood making the work we do to safeguard them, with the community, extremely crucial. In order to ensure the survival of the hatchlings, we must ask for the artificial lights near nesting beaches to be turned off during the season.

Sea turtles use reflections from the moon and the stars on the waves to find their way back to the ocean. Therefore, artificial lights disorient the hatchlings, leaving them at risk of human interference and other predators, which can cause their death on the land, as they may head towards the roads instead of taking their natural path to the ocean. In case you are curious to see what a loggerhead Caretta Caretta nest looks like and maybe a few late hatchlings,  stay tuned for the scheduled public nest excavation events! The program will be separately announced for each nesting site on Crete and will be published weekly on the www.rethymno.guide and on ARCHELON’s official website.
Information will also be available from the Information Kiosks of ARCHELON in the Venetian harbor of Rethymno.

Thank you for being a Guardian of the protected Caretta Sea Turtles of Rethymno!