Come to Rethymno and celebrate “Vendema”! 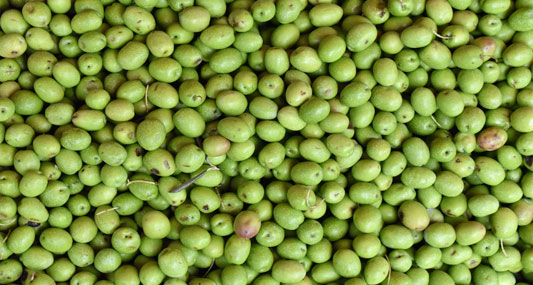 From the beginning of November until January in Crete is happening “ Vendema, the year of a rich harvest season. If you are in Rethymno at this time, look for a village in the inland or the coastal areas and you will definitely find some owners collecting the olives in the same way as they did for years.

Vendema is the harvesting of the fruits, especially the collecting of the olives in Crete. Loan from Venetian vendema (vendemmia in modern Italian) meaning harvest.
By extension, vendema is not just the crop, but the year when the harvest is in abundance. So, for olives, some years may be  vendema and some not. 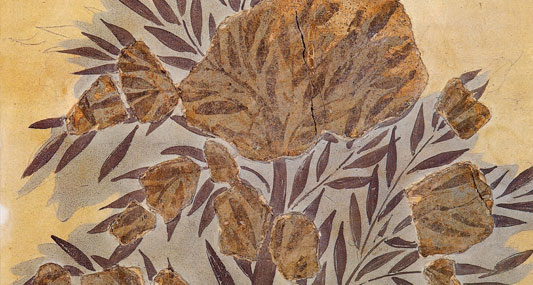 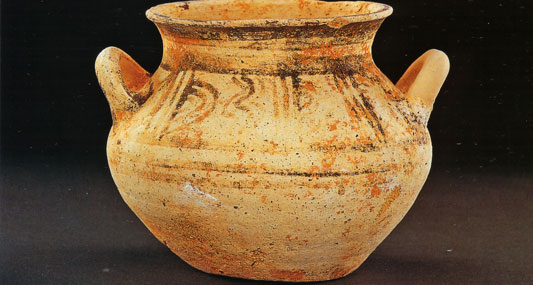 “With a good vendema, the landlord ponies up” says the Cretan proverb.

The first olive trees were not part of the local tame flora, but they were wild trees. Crete is believed to be the first part of the Mediterranean basin, where the tree became domestic, and the first important civilization of the island, the Minoan, founded its economy on the production of olive oil.
However, olives and olive oil were not just a way of survival and financial transactions for the Cretans. They were used in many cultural activities and appearances other than nutrition. Such cases were the use of olive products in the worship of the gods and the deities of the Minoans or the caring of the dead. Over the centuries, the olive tree has ceased playing its role just in everyday life and economy of the Mediterranean populations, including the Greeks. Its use has extended beyond diet to lighting and even beautification.

The exclusive use of olive oil by the Cretans, coupled with a growing economy based on the processing and export of the product, led to a gigantic increase in the number of olive groves on the island. It was then that the Cretans were called upon to systematize what they had been doing over the last five millennials: the cultivation of olive trees and the production of olive oil. 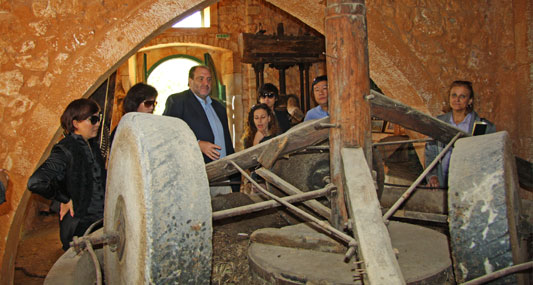 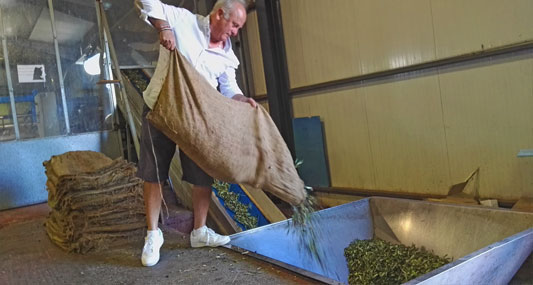 The olive trees in Crete are from 50 to 3,000 years old. In fact, there are over 30 million olive trees in Crete that produce more olive oil than the rest of the islands of Greece and the mainland together.
The harvest of olives is from November to January. The cultivation and harvesting is still carried out by traditional Cretan methods, such as collecting by hand, collecting by drubbing or gathering from the ground. The most modern method is collecting with mechanical vibration.
At the beginning of November, the first olive oil produced is green and spicy and is called "Agoureleo". In addition, these early olives produce less olive oil than the  mature ones harvested in December and January, but they have a more intense flavor and are full of antioxidants. 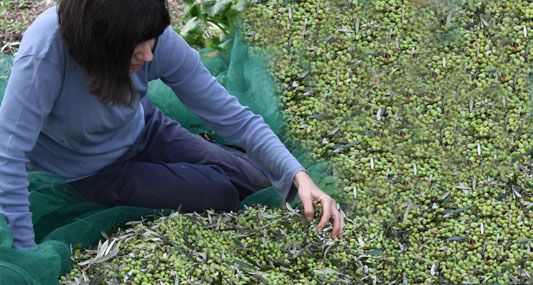 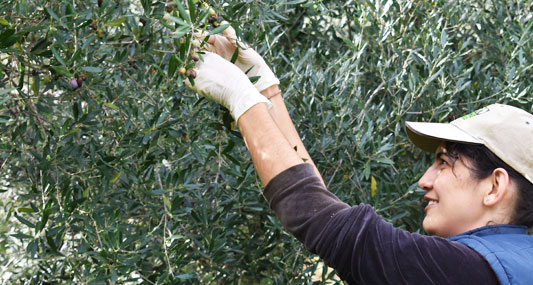 At the time of harvesting, farmers lay large, rectangular nets under the trees and use thin sticks to push the olives over the nets.
They then pick up the nets with their hands, and using a kind of sieve, separate the olives that are collected from the remaining leaves and branches that fall over the nets. Then the olives are transported to the mill to be grinded.
Manual harvesting is a very hard and laborious task, yet this process ensures a fresh, extraordinary quality olive oil, rich in aromas and fruity flavor.

The traditional varieties found in Crete are: Lianolia, Chondrolia, or Thrombolia, Koroneiki and Tsounati. Approximately all of these varieties are grown in Rethymno.

Cultivation is the most important step in the process of producing the valuable olive fruits from which the olive oil will later be produced. Cretan farmers actually grow together with their trees, as traditionally the land is inherited from generation to generation. The main reason that Cretan farmers still cultivate their trees with traditional methods is the deep love for their land and their deep respect for their trees. 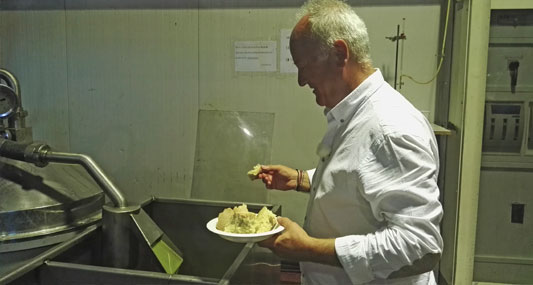 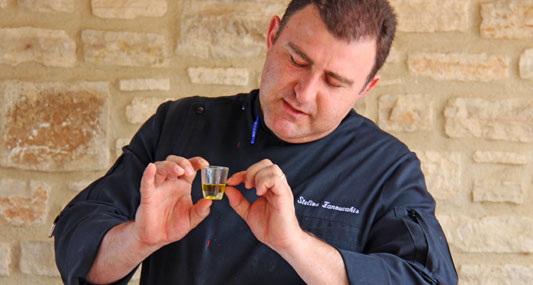 The usefulness of the fruit of the olive tree in the human body is well-known and is due to its rich nutrients. The olives as offered on our table, contain olive oil & proteins - with almost all the main amino acids - sugars, steroglucosides, cerebrosides and sulfolites. Also, inorganic elements with biological value for the human body, such as iron, calcium, potassium, magnesium, phosphorus and vitamin A.

Undoubtedly, the consumption of olive oil in a balanced diet is a powerful ally in the protection and management of many diseases, and according to dieticians, every person in addition to other foods should eat 80 grams of olives per day.

The most important health benefits of olive oil consumption are:

 Cardioprotective action. The USA Food and Drug Administration (FDA) has issued a statement stating that the daily consumption of 2 tablespoons of olive oil can help reduce the odds of developing coronary artery disease.
 Risk reduction for cancer. The antioxidant and anti-inflammatory effect of olive oil seems to protect against many forms of cancer such as breast and colon through various mechanisms.
 Anti-aging properties and protection against chronic diseases. Olive oil, thanks to its rich antioxidant action, helps reduce free radicals, which are involved in the development of various chronic diseases and aging.
 Smooth operation of the digestive system
 Helps to metabolize glucose in diabetics. Studies in diabetic patients have shown that healthy meals containing olive oil had a better effect on blood glucose than meals containing other fats or too low in fat.

Keep your olive oil fresh!
The flavor, aroma and all the nutrients of olive oil can be left unchanged if you follow some basic storage rules.

Two to three tablespoons a day can change your eating experience and your health!
Use raw olive oil:

 In fresh salads or in sautéed, boiled or grilled vegetables.
 As a light sauce with red or balsamic vinegar and lemon, oregano, salt and peper for vegetables and salads.
 For breakfast or healthy snacks, mix olive oil with lemon, a pinch of salt and dried oregano or other fresh or dried spices and you have a great and low in cholesterol alternative spread for your bread instead of butter.
 A good quality extra virgin olive oil is necessary if you want to make basil pesto with garlic, lemon, cheese and pine nuts.
 As an appetizer, along with bread and a few olives, cheese and oregano are the perfect appetite for your wine.

You can cook everything with olive oil! Olive oil can replace butter in almost all recipes, including cakes, biscuits, and more.

Use cooked olive oil:
 In your potatoes and vegetables and bake them in the oven.
 In your risotto, giving it a lighter and more Mediterranean touch. By adding a little freshly squeezed lemon at the end of cooking you have a delicious Cretan pilaf.
 In your legumes and inn your soup, add a little olive oil to make the flavors and fragrances more intense.