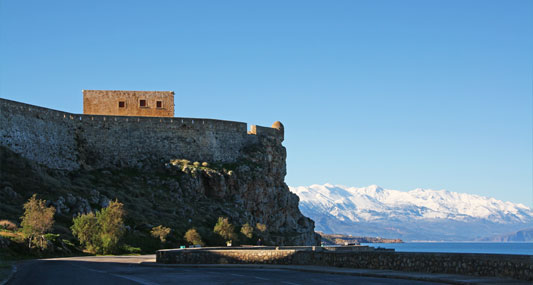 The Fortezza is the citadel of the city of Rethymno in Crete, Greece. It was built by the Venetians in the 16th century and was captured by the Ottomans in 1646.

By the early 20th century, many houses were built within the citadel. These were demolished after World War II, leaving only a few historic buildings within the Fortezza.

Today, the citadel is in good condition and is open to the public.

At Erofili outdoor theater and many other venues, many cultural events are taking place throughout the year.