Rethymnos’ historic center is multicultural, bustling, colourful, and well preserved. Rethymno is steeped in history and tradition and has been inhabited since 1600 BC. You can trace the steps of influence from Turkish, Arabic and Venetian domination giving Rethymno its unique cultural identity. Stroll along Rethymno’s narrow streets and discover our roots as you enjoy historical re-enactments. 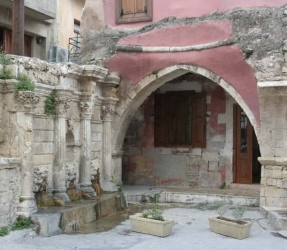 The Rimondi Fountain is at Titou Petihaki Square. It was built in 1626 by the citys’ Rector A. Rimondi and was the main town water source. It is located in the old Venetian square, along with the Loggia and a Clock tower (not existing any more), following the architectural model of St. Marks Square in Venice. Today the fountain still springs water through the three lion heads. 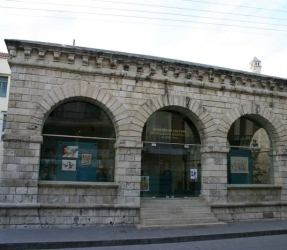 Loggia is at Paleologou St. and it was built during the 16th century by Michele Sanmicheli. An eminent building at the city center, it was a meeting point of the nobles. During the Ottoman domination it functioned as a mosque. Today Loggia hosts the Archaeological Museum replica shop. 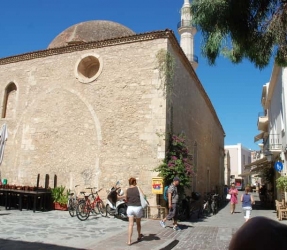 During the Venetian times the Mosque Neratzes, located on Emmanouil Vernardou St., was a church dedicated to Mary of Augustans. In 1657, the temple was turned into the central mosque of the city, with extended alterations such as the Ottoman dome. The minaret was built also in 1890 and the order was “to be the most beautiful minaret of the East”. It is the highest minaret in Rethymno and maybe the best preserved in Crete. Now, the Mosque Neratzes hosts the City Conservatoire. 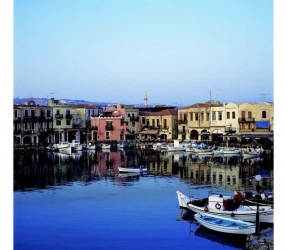 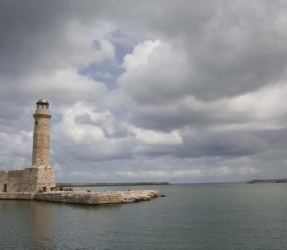 The Old Venetian Harbour and the Lighthouse are two of he most picturesque sights of Rethymno and a must visit spot for everyone. The erections across the harbour were built by the Ottomans, but in the entrance there is still standing the Venetian Customhouse, which today works as an info point. The Lighthouse dates also in the Ottoman period. Its founder was Mehmet Allie, governor of Crete from 1830 to 1840. Stripped away of its old use, today it stands at the entrance of the old port as proud reminder of old times. 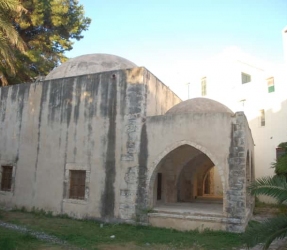 At the beginning of Arkadiou St. is located the Mosque Kara Musa Pasa, which was founded in 1660s by Kara Musa Pasa. The small dome in the side of the Mosque is said to be the tomb in which probably was buried Kara Musa Pasa himself, who died in 1692. Today the place hosts cultural events. 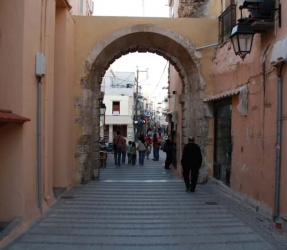 The Guora Gate is the only remaining of the Venetian Walls of Rethymno. It was built when rector of the city was Jacomo Guoro (1566-1568). It was an inner break of a covered walkway that crossed the walls through Santa Veneranta rampart. The Venetian Symbol of a Winged Lion, which was on the Gate, is now placed in the courtyard of the Loggia. 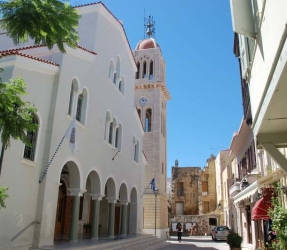 The Cathedral is dedicated to the Entries of the Theotokos. This is the reason that it is also called Megali Panagia (Great Holy Mary). The old church, which was built in 1844, was ruined by the bombardment of 1941 and finally demolished in 1956. The new building, however, has the same wooden temple and its imagery composed in 1852 by famous Greek artists.

Thank you! You are now subscribed to our newsletter.