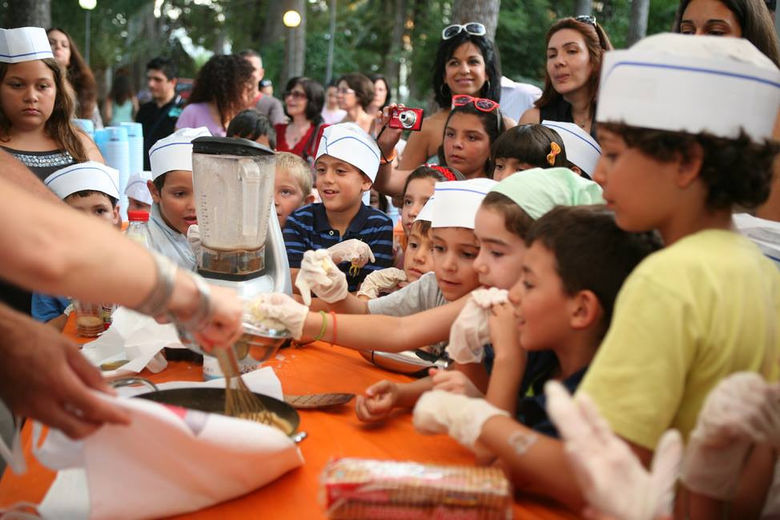 If ever there was a contest for choosing a model tourist destination, the island of Crete would certainly be a finalist. And at the geographic center of this vacation paradise, the city of Rethymno is a kind of hidden gem within a treasure chest of local destinations. This week I took it upon myself to investigate how touristic models come into being, and Rethymno passed into view. An interview with Rethymno's Deputy Mayor for Tourism and Culture Pepi Birliraki provides clearer insight into how Crete destinations can prosper.

If some traveler from back in 2005 had "Googled" the city of Rethymno, the soul of this old Venetian city would have been undetectable except for one search result about the Renaissance Festival there. Even the municipality's official website was obscure compared to the various commercial enterprises that had already begun SEO, PR, and marketing initiatives. One of these enterprises I am familiar with is the Enagron Ecotourism Village, which occupied position three in the Google SERPs back then. Royal Blue Resort and Dolphin Cruises are two more early adopters of digital visibility strategies. Then in 2008 www.rethymno.gr/en/city/travel guide was at the top of the first search page. Was this a miracle? Hardly. Even before my interview with Rethymno's culture and tourism guru, Pepi Birliraki, I'll admit I knew why this invisible city popped to the surface on the internet. My point here is fairly simple, as an expert in digital PR and marketing it's easy for me to see when "work has been done" from any source. The fact that Rethymno's tourism pages ranked on page one, while the main municipality page did not, this means a large effort was being made with images, texts, and maybe even ads as a tourism initiative. A clear shift is evident throughout this city's digital and real-world assets. The shift started in 2007, the same year Birliraki became tourism minister.

Walking through the city on the day I met with the Deputy Mayor for Tourism and Culture, I recognized facets or improvement neither of Heraklion or Chania seems to have addressed. My perceptions may, of course, be tourist-like compared to some mathematical reality. But tourism is the business we are in, so "on the spot" observations are valid here. Outside my discussions with Pepi Birliraki and her colleague, Vagelis Archontakis, it's obvious their town is doing a lot of work creating a stellar tourism product. The streets in the center are cleaner, there's a sense of organization, and what you might call a "prideful glow" to this place. From the sidewalk cafes to the shops that line the historic center, there's a detectable forwardness. And I found this refreshing in an economic situation that is about as bad as anyone can imagine. But my focus here is the reason, the methodology, and the potential Rethymno efforts offer other Crete cities. "Pepi," as everyone refers to the Vice-Mayor, filled me in on the city's ongoing efforts at improving Rethymno's brand and its tourist product. 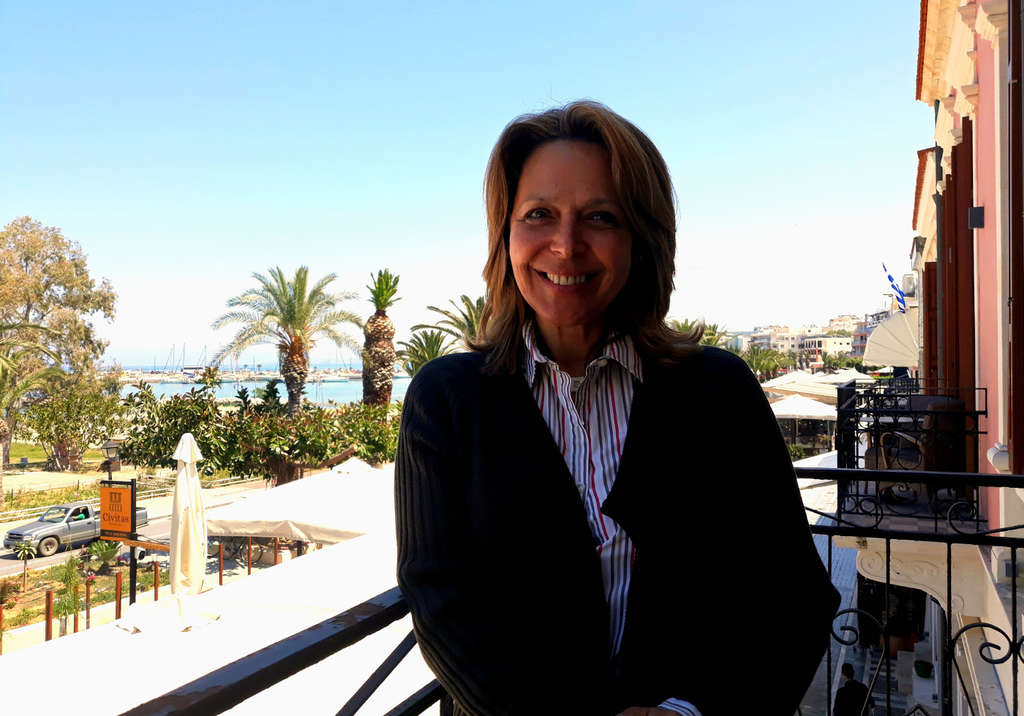 A fifteen minute interview that turned into an hour long discussion of Crete/Rethymno culture, business, history, and economics led me to several ideas that can help other Crete towns boost their touristic/economic efforts. First and foremost, Pepi Birliraki and her colleagues lifted Rethymno out of obscurity by the power of community and cooperation. While she did not say so specifically, I expect her efforts began shining the moment a tourism board was created from stakeholders. A humble person, Pepi is not one of those people who would take credit even if it were due. She told me early in our discussion:

"The creation of a board comprised of hotel owners, hotel directors and employees, restauraneurs, tour operators, and other key stakeholders was a key step in taking our tourism and cultural efforts forward. These local experts serve to advise the mayor, which creates a decisionmaking process by committee."

Our meeting was held inside an old Venetian villa, where the tourism offices of the city overlook the waterfront of the city. There, sitting at the conference table where Rethymno's hoteliers and hotel employees discuss valuable touristic ideas with city officials and tour operators. Organization, this has been one of the most significant variables in Rethymno's forward progress. More recent initiatives like; Rethymno's immensely successful Carnival, The Cretan Diet Festival, the World Tourism Day events, became big hits largely because of Birliraki's and her colleagues' work organizing, marketing, branding, and improving the offerings. It's a bit ironic that cooperation is not something Cretans excel at. Our own efforts at reporting or promoting Crete revealed this from the onset, so I asked Pepi why more businesses don't work with one another. Her answer surprised me, I'll admit. At first I thought Crete business operating in via a sort of "factions" principle where family or "clubs" vied for business against others. The Vice-Mayor educated me on a more logical reality. "People here are reluctant to recommend other businesse for fear of hurting the feelings of friends," she told me. "Crete, like no other place, operates like an extended family." "How true," I thought. So, the pieces of our Crete puzzle fit together more easily. Later in our talk I discovered what really makes this government figure tick, when we began discussing culture and the Minoan impact on Crete. The sparkle in Pepi's eye when she described the role of that ancient civilization on Crete and Rethymno, it reminded me of my own interests in antiquity. For beyond anything else, Crete is the ultimate "place" of tradition and culture. But what about the future?

Missing paint on a wall of the tourism office, some rust on a wrought iron railing, a weathered shutter, these are character points in all ancient cities. But somebody got somebody else to pick up that crazy amount of trash one still sees in Heraklion. There's clearly somebody at work behind the scenes making traffic work better, putting up signs and brochures that help travelers and organizing events that help local farmers, winemakers, hotels, and other businesses to shine brighter. At least this is my first impression of what Rethymno has going on. The discussion with Pepi touched on many possibilities for the future of Rethymno tourism and culture. Alternative tourism being of greatest interest to me since I've invested in helping the island create a medical tourism product. So, I was delighted to learn that the Rethymno people are already on top of the trend, coordinating the connects in between local doctors, hotels, resorts, and tour companies. This is one area where every Crete town and city can reap huge dividends in the future.

Progressive and proactive initiatives that seek to improve over each passed campaign, this is how any individual or organization achieves true excellence. This strategy was mirrored in another discussion I had with Pepi's colleague Vagelis Archontakis, who's been a creative force behind these tourism and culture campaigns. When I asked Vagelis about the next steps for city government, he told me reiterated the Vice-Mayor's philisophy. It is one of Archontakis' jobs to set in digital motion and in print the Rethymno brand and touristic product. As a matter of fact, Pepi is ready to rebrand one of the city's most successful projects, on account of improving tourist uptake and impressions. The fact these experts are willing to split hairs to differentiate a brand in the public eye - it's just the right thing to be doing to perfect destination value.

Rethymno has capitalized on timeless attractions, extraordinary landscapes, architecture, museums and archaeological wonders, magnificent beaches and rich urban and rural culture. The city has won the Best City Award, the European Energy Award, and continually promotes sustainability and its Green Key eco status. Rethymno is a down to Earth traditional tourism gem with five-star alternative tourism potential. And while any city initiative can certainly be improved, it's nice to find unmistakable excellence.